As we welcome the new year, we close the door on a summer that has shaken many of us. We were saddened and horrified when, in the space of six weeks, two glass panels from the New England Holocaust Memorial were destroyed by acts of vandalism. The second glass panel was shattered just days after white supremacists and self-proclaimed neo-Nazis marched in the streets of Charlottesville. Though we did not know the motivation of the vandals, the incidents at the Memorial were deeply painful for many in our community, particularly given the proximity to these frightening displays of hatred.

We do know that the young man who allegedly destroyed the second panel came from Malden, one of the most diverse towns in the Commonwealth. At a community gathering at the Memorial the morning after the incident, Malden Mayor Gary Christiansen told the crowd he was “completely disheartened” to learn that the person responsible for the vandalism was from his city.

Janet Stein Calm, President of the American Association of Jewish Holocaust Survivors and Descendants of Greater Boston, publicly invited the mayor of Malden to bring students back to the Memorial to learn about the sacredness of the space directly from Holocaust survivors and their children. Last week, Mayor Christiansen, 30 Malden students, school administrators, and teachers took Janet up on her invitation and joined local survivors and Jewish community members at the Memorial. The Malden visitors came determined to begin the healing process both for their town and for the survivors, committed to learning and hearing from them firsthand.

It turns out the mayor wasn’t the only one who was pained by the vandalism. When students returned from summer vacation and learned of the incident, they were appalled and disbelieving that a peer of theirs could do something like this. They felt compelled to take action and say, “We will not stand for this in our community, to let this one person represent and define us.” 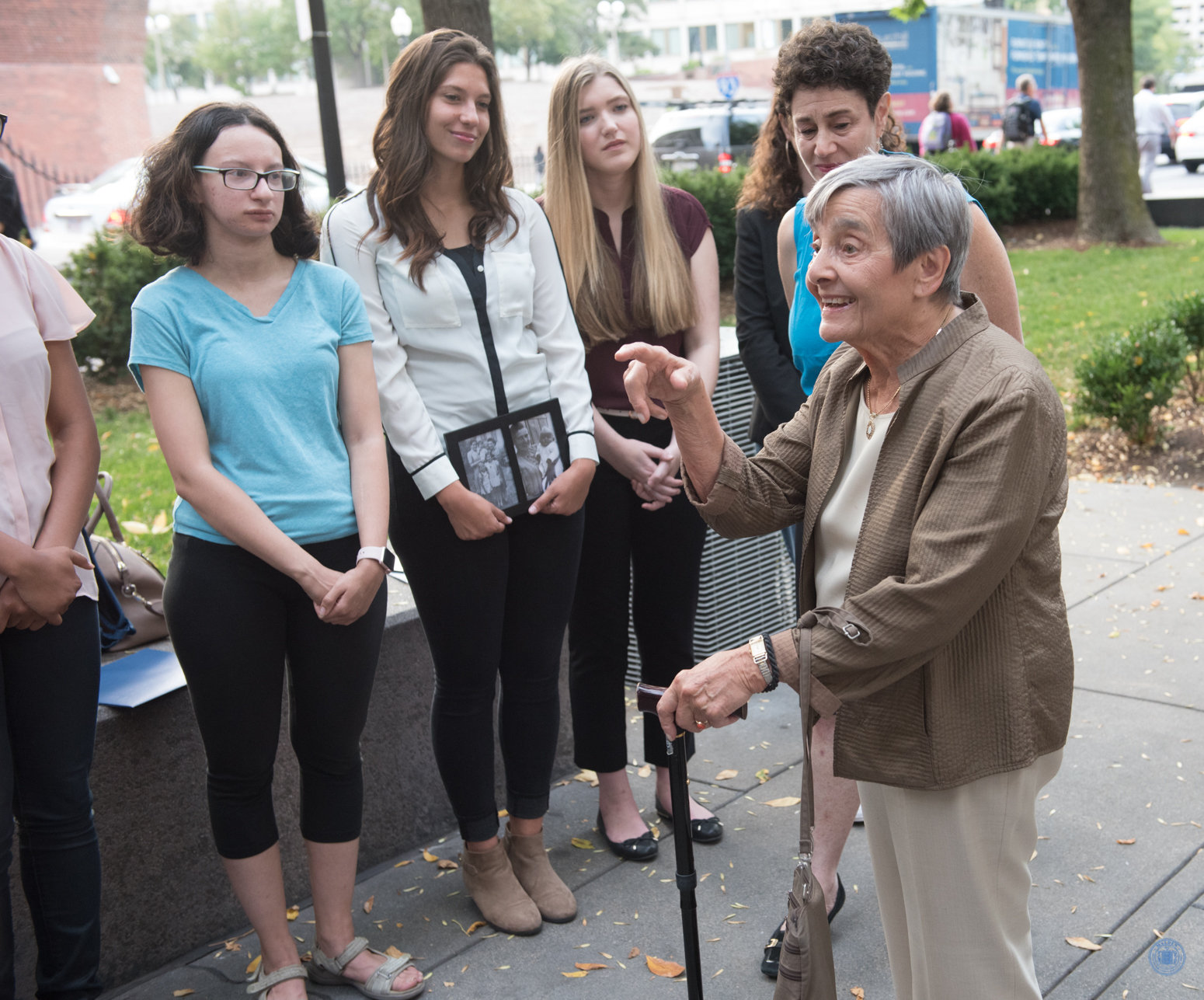 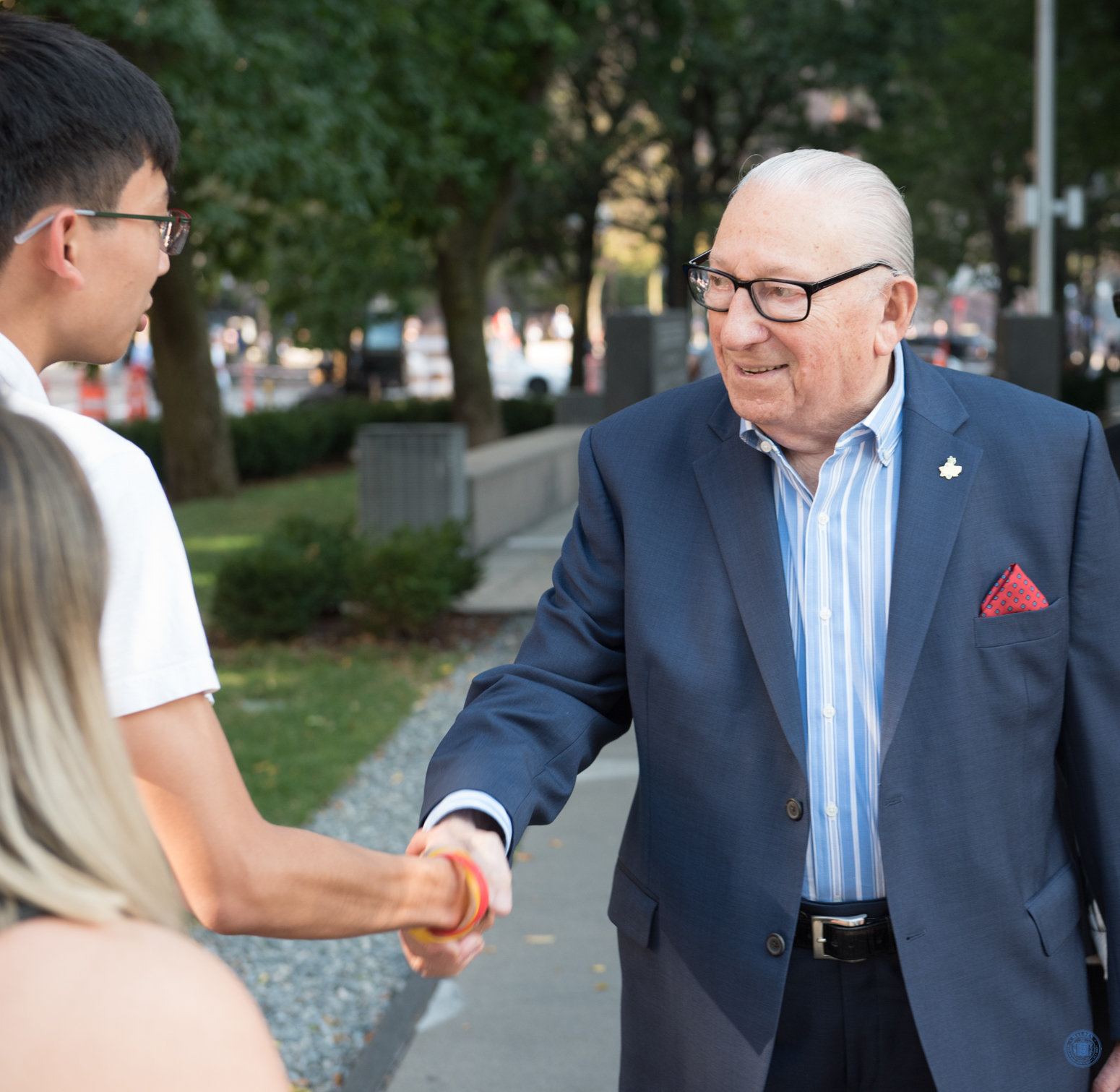 “We have seen the damage hate and intolerance can cause. We have experienced it ourselves,” said one student, speaking about her personal experience as a young Muslim woman. She continued with a written declaration from the student group:

“We are here to come together to try and reverse hate. We will not stand for hate. We will come together with love, peace, and dignity; to celebrate our differences, because that is what truly brings us together. In order to start the healing of the damage caused by hate, we have come here tonight to honor victims of the Holocaust.” Students went on to read the bios and obituaries for the family members of the survivors in attendance. 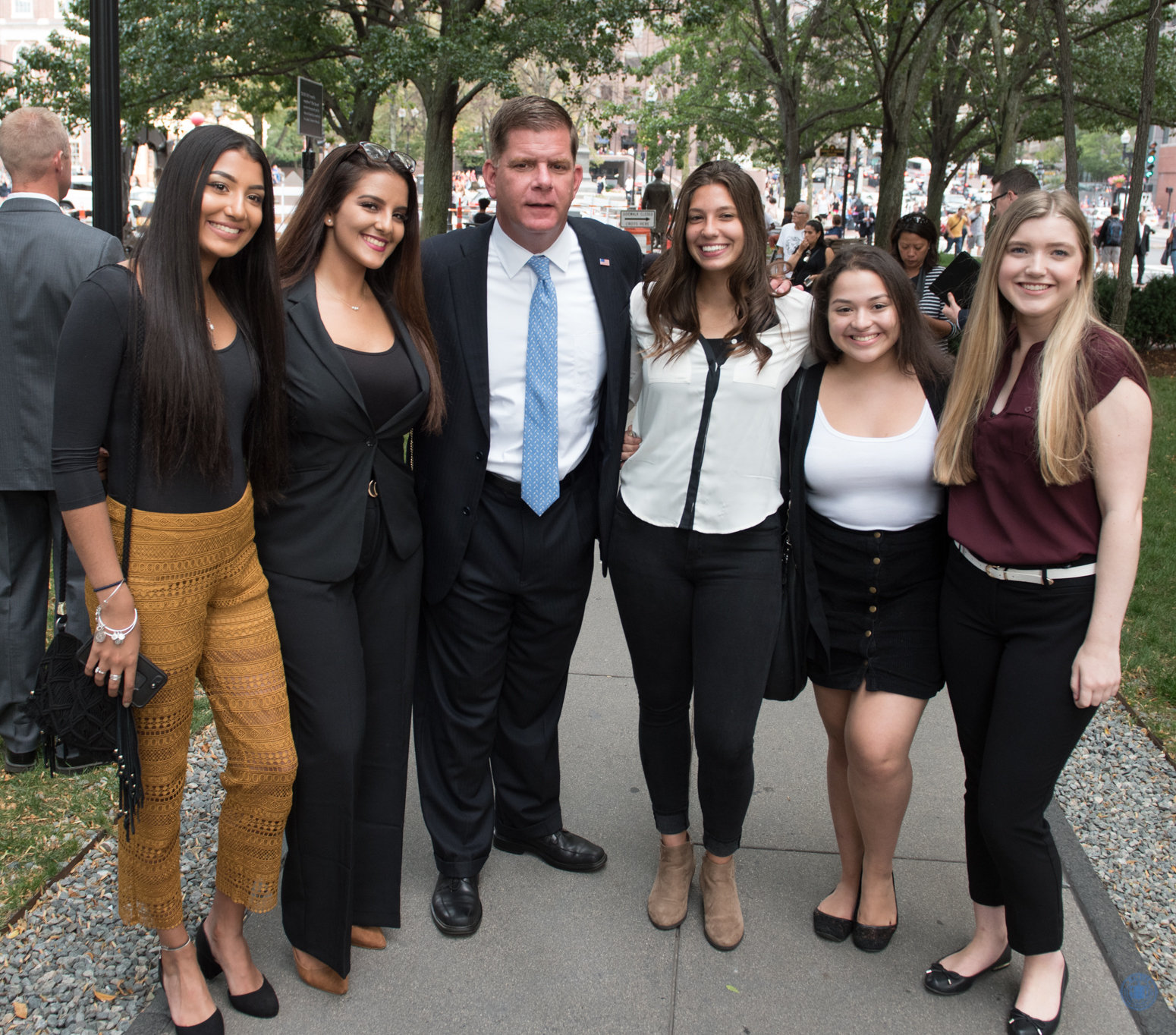 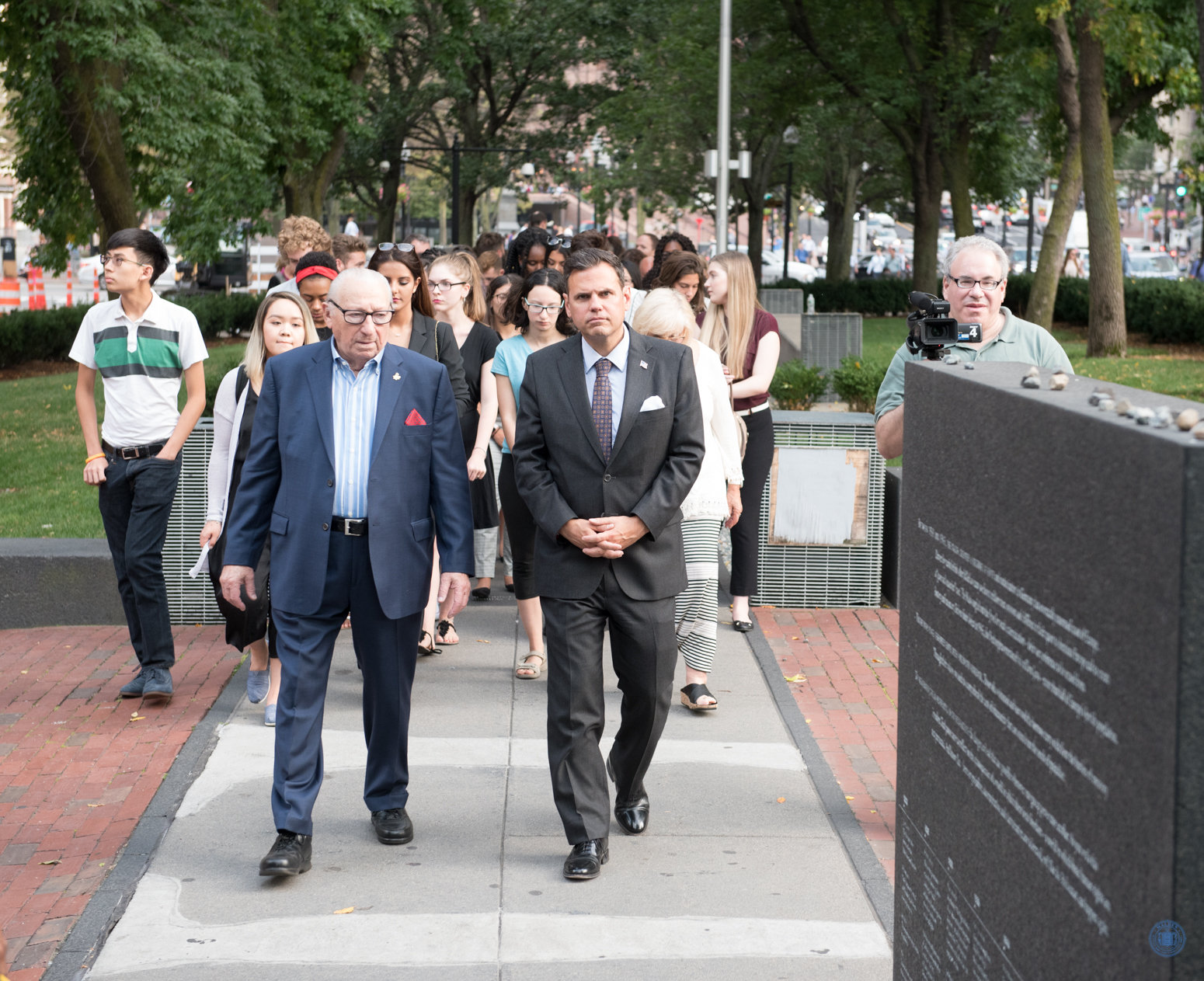 The survivors present were profoundly moved, not only by the students’ outrage, but by their commitment to understand, share, and preserve the legacy of their new friends, whose sacred site was desecrated.

“To see you all here, to talk to you, to get to know you, to see the diversity of the students, gives me such hope for the future,” said Izzy Arbeiter, a Holocaust survivor and one of the founders of the New England Holocaust Memorial.

“You are not that young man who destroyed the panel,” he told them. 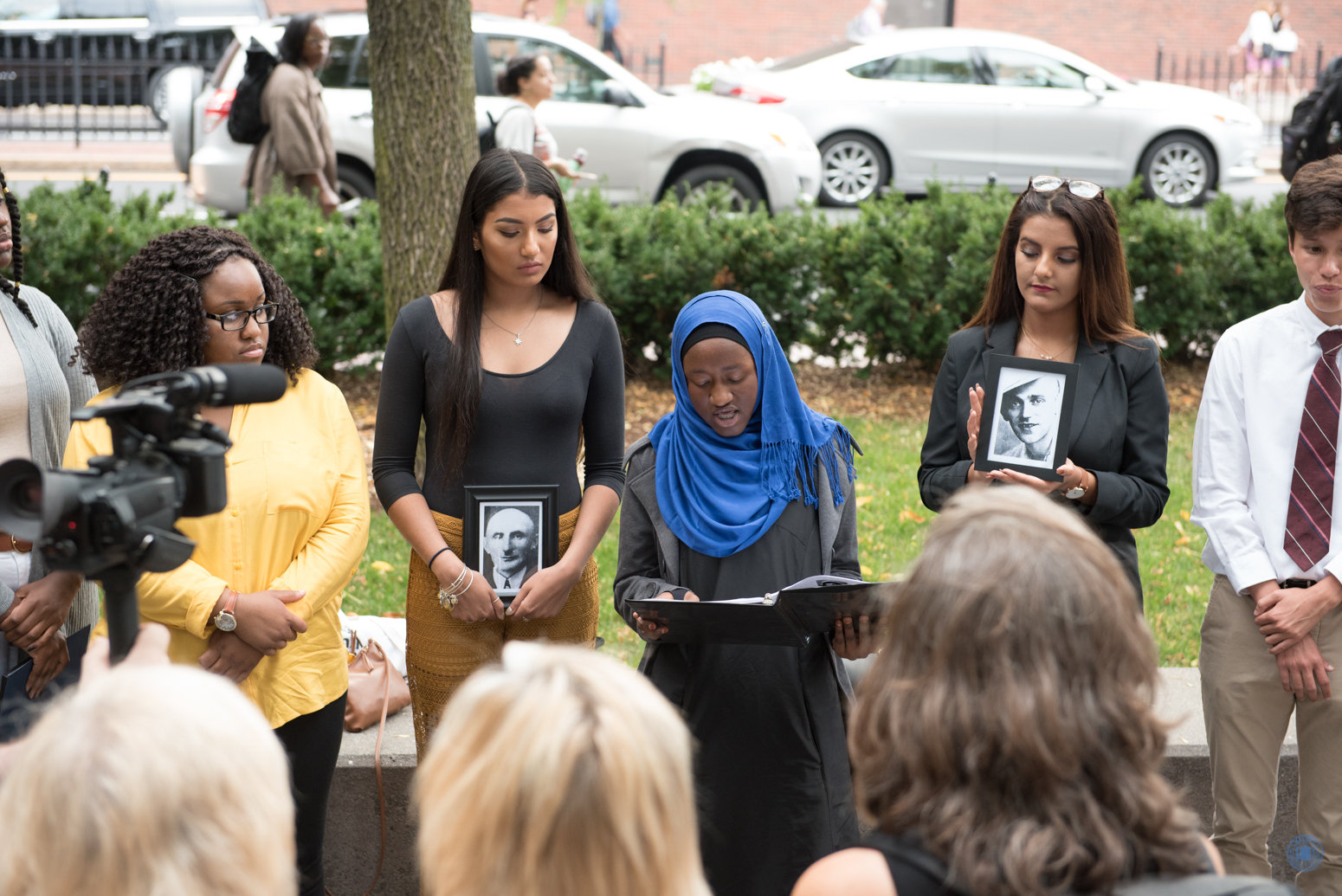 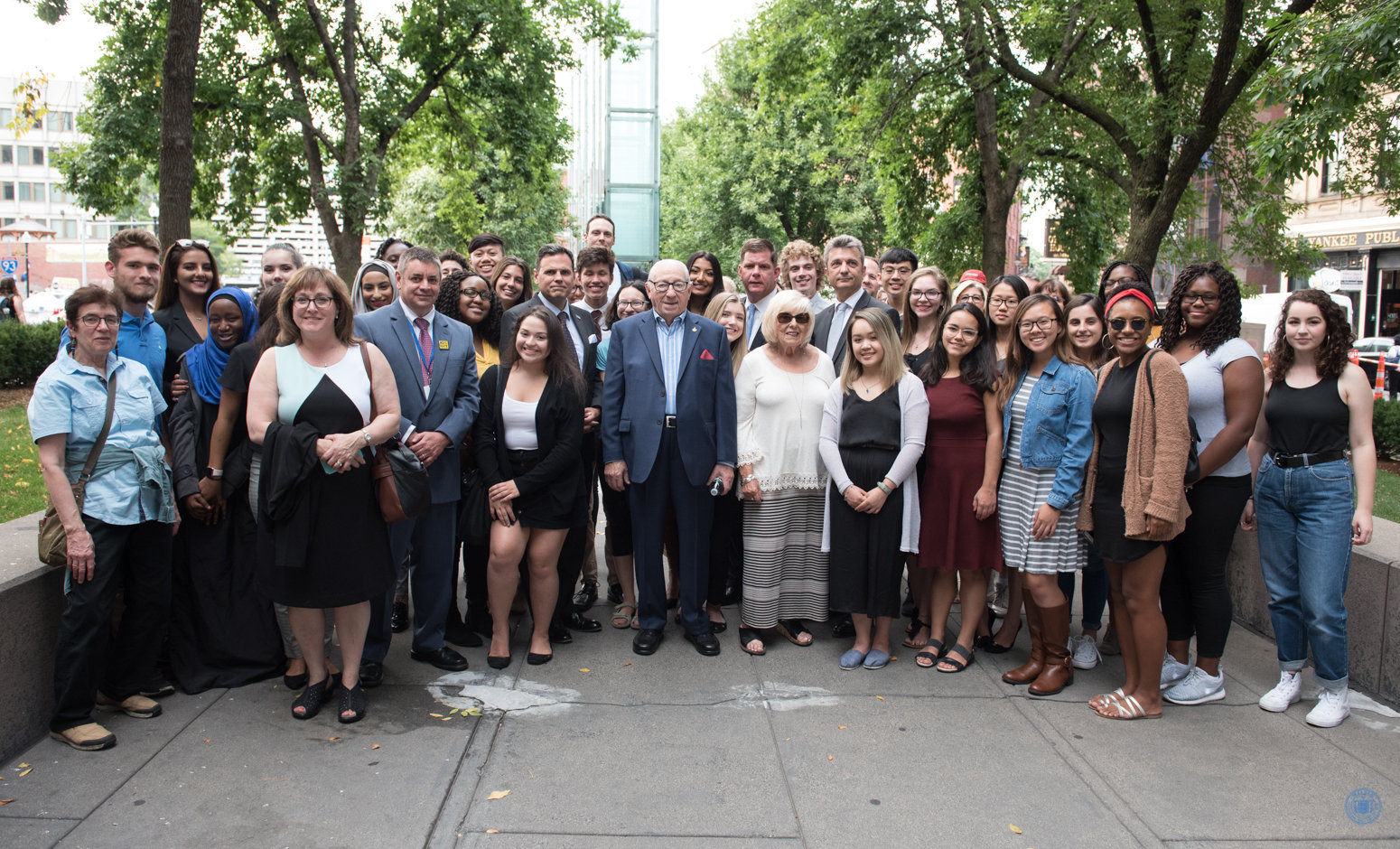 Sadly, we know that acts of anti-Semitism, hatred, and bigotry are on the rise and we can’t stop them all. But we can take a lesson from the students of Malden High School, who took collective responsibility for an act committed by one of their own. Over the coming Days of Awe, we will recite the traditional litany of confessions as part of our liturgy. We will reflect not as an assemblage of individuals but rather as a collective, with our sins articulated in the plural – Ashamnu – we have sinned. As these remarkable young people from Malden demonstrated, teshuvah – the work of atonement – begins with the painful acknowledgement of grievous errors and sins on the part of those in our circle. And it is completed with a resolution to do better, to hold ourselves accountable to be a more just and compassionate community. As we enter 5778, we deepen our own resolve to show up when it counts, and to stand with those in need of our support and solidarity within our own community and beyond.