When I was just starting on my own path to becoming a Jewish communal professional, a JCRC director (from another city) patiently explained to me why the national Jewish community relations field organized our policy and advocacy work with one bucket being defined as “Jewish Security and the Bill of Rights.” It wasn’t that we, the organized Jewish community, only care about the Constitution as it applies to ourselves. It was that, simply put, we understand that our ability to thrive and prosper as a minority in this country is due in no small part to the civil liberties that our nation promises to all people, and thus, that we must fight to fulfill the promise of those freedoms for all. 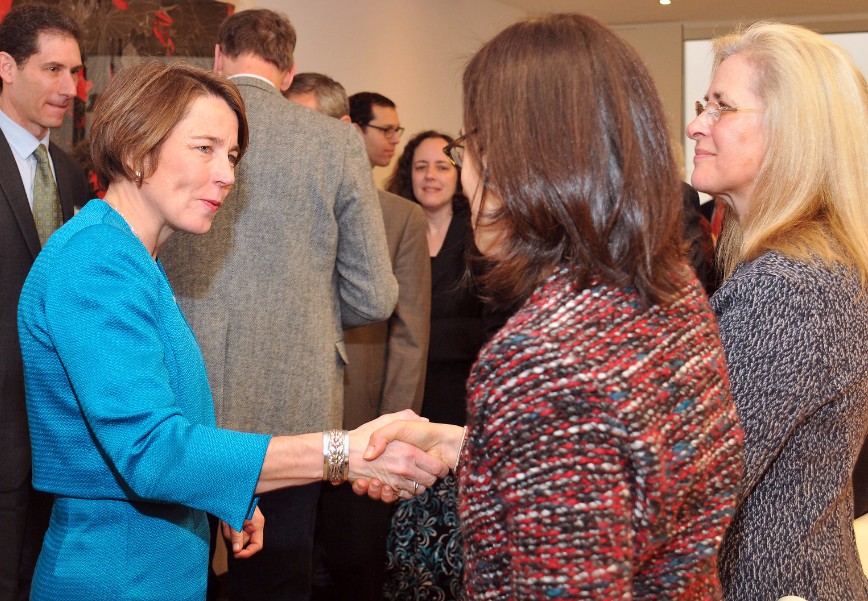 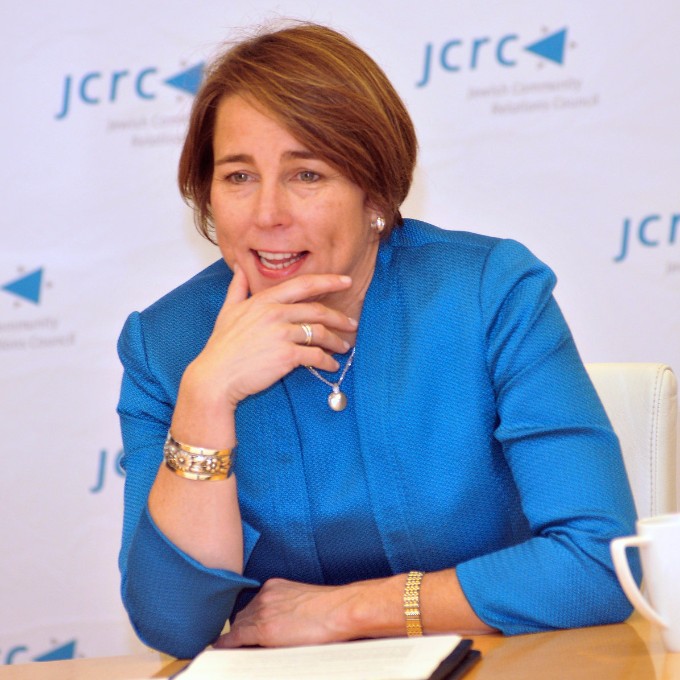 This has been a tumultuous week on the national scene, to say the least. So it could have not been more timely that we sat down with Massachusetts Attorney General Maura Healey this past Tuesday, along with representatives from JCRC’s network of agencies. Our focus was on the Attorney General’s priorities, our community’s concerns and the role we can play in shaping local and national policy in this uncertain and fraught time.

We’ve worked with her team in the past, to advance transgender public accommodations and equal pay for women, to enforce our Commonwealth’s strong gun violence prevention laws and to protect immigrants and the poor from consumer fraud at the hands of predatory lenders – to name but a few examples. But it was clear at the table this week that the work required of all of us in the face of new threats and challenges must be bolder and more ambitious. 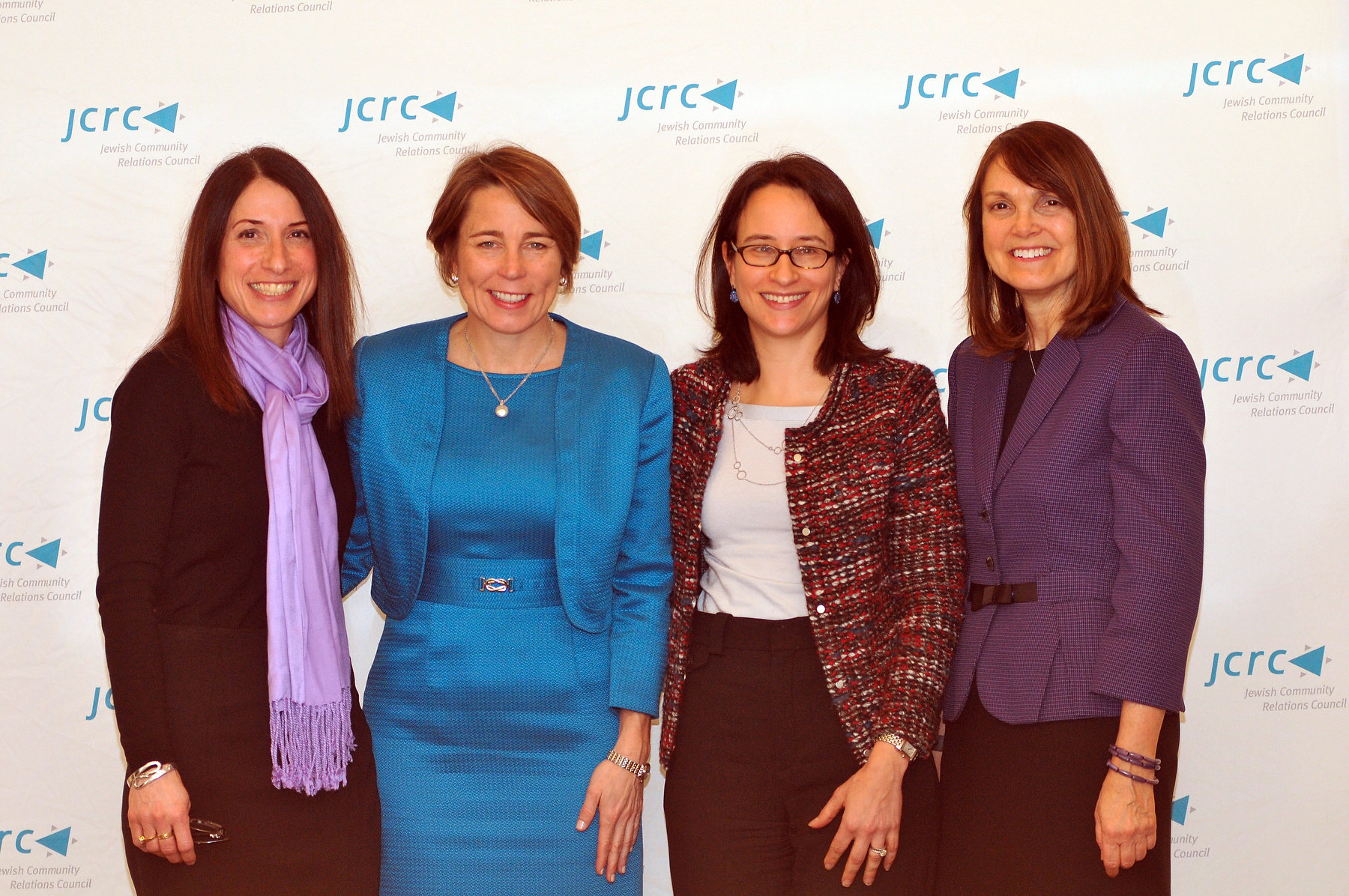 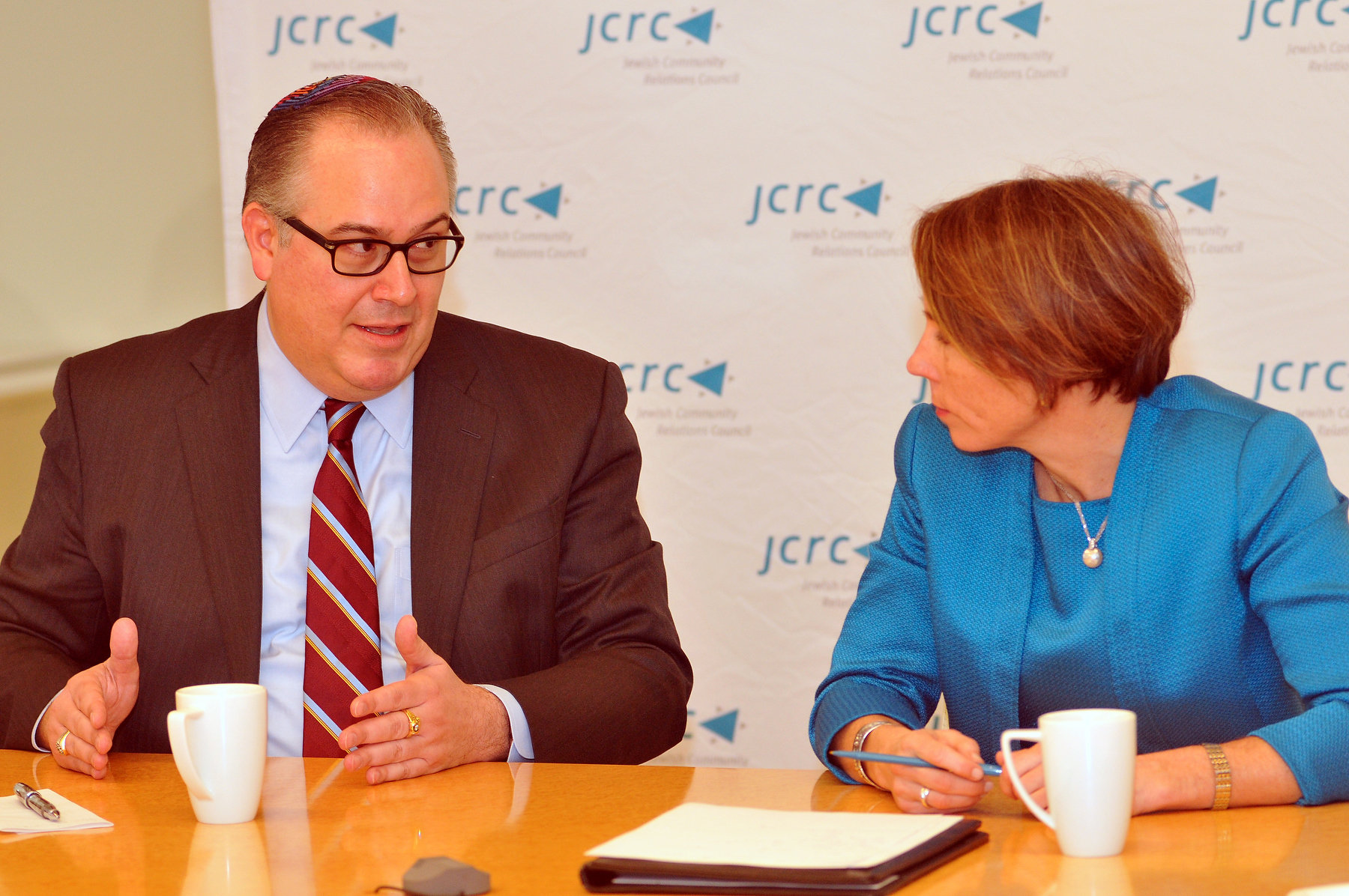 Attorney General Healey talked about her role, as our - the people’s – lawyer to enforce not only state laws, but also to address federal laws when the federal government falls short. It was a lawsuit filed by our AG’s office that led to the striking down of DOMA. Now, her office is part of a suit to force Exxon Mobil to disclose their research on climate change.

Healey reaffirmed her team’s commitment to civil rights, combating hate and racism, protecting the hard fought rights of the LGBTQ community, and ensuring that Massachusetts remain a welcoming community for immigrants and refugees. We discussed ways that her office can work with local police departments and with the ADL, as partners, to deal with rising anti-Semitism and hate crimes right here in Massachusetts.

And, she told us how we can amplify our impact by working together with other communities – not just here but around the country - to develop a critical mass of people who encourage other state AGs to follow suit. 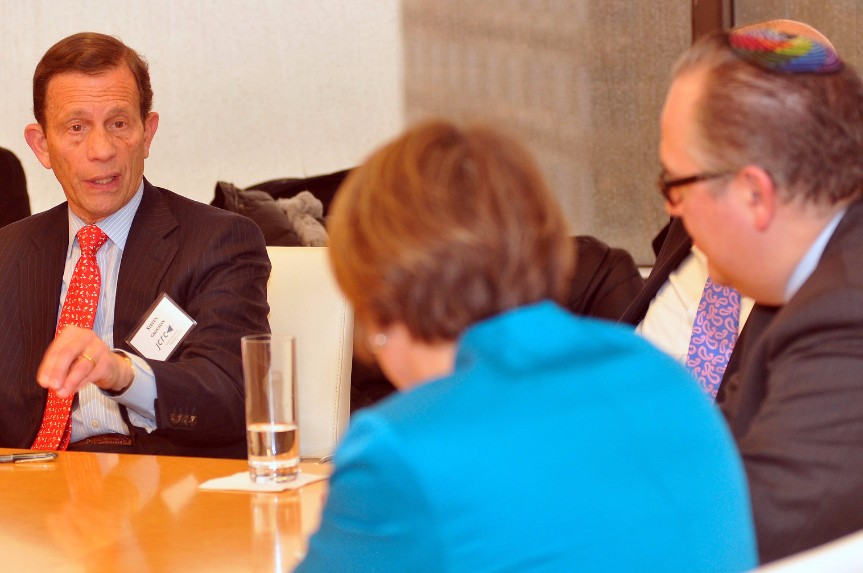 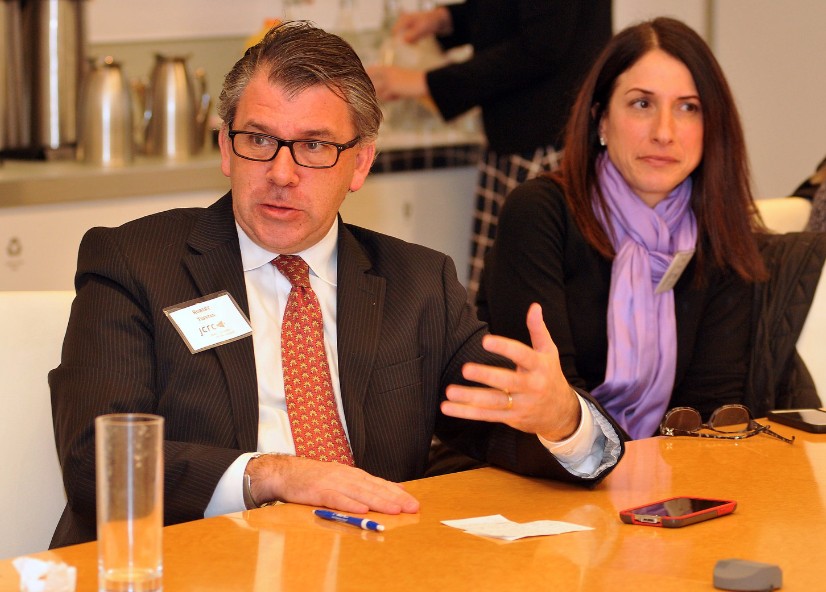 Seven decades after JCRC was founded to provide our community with a collective voice to protect Jewish interests along with the values for our nation, and as we rise once again to confront hate and bigotry, to champion civil rights, and to fight for our own safety in an insecure world, I can’t think of a time – since those early years - when the mission of community relations felt more urgent than it does today. At its root, our work animates a simple but profound truth; that our security and self-interests are deeply intertwined with the protection of the constitutional rights and civil liberties of all of our neighbors.

We are called, once again, to recommit ourselves to these values - but now with the urgency to maintain protections hard won in decades past. As Healey urged us, now "we must do everything we can to fight the normalization of marginalization."