Dr. Berger, Laci (from Laszlo) to his friends, was a Holocaust survivor. He risked his life to fight with the Hungarian resistance in World War II despite the grave peril he faced if anyone discovered his Jewish identity. He came to the U.S. after the war, attended Boston Latin, Harvard College, and Boston University School of Medicine. He often said that after having lost his material possessions, he knew that knowledge acquired could never be taken away. Dr. Berger went on to save countless lives through his pioneering work as a cardiothoracic surgeon. His innovations in cardiac surgery continue to save lives today.

At JCRC, we were privileged to know Dr. Berger through his leadership on our Yom Hashoah committee, where he was a passionate advocate for accurately transmitting the full story of the Shoah to new generations. 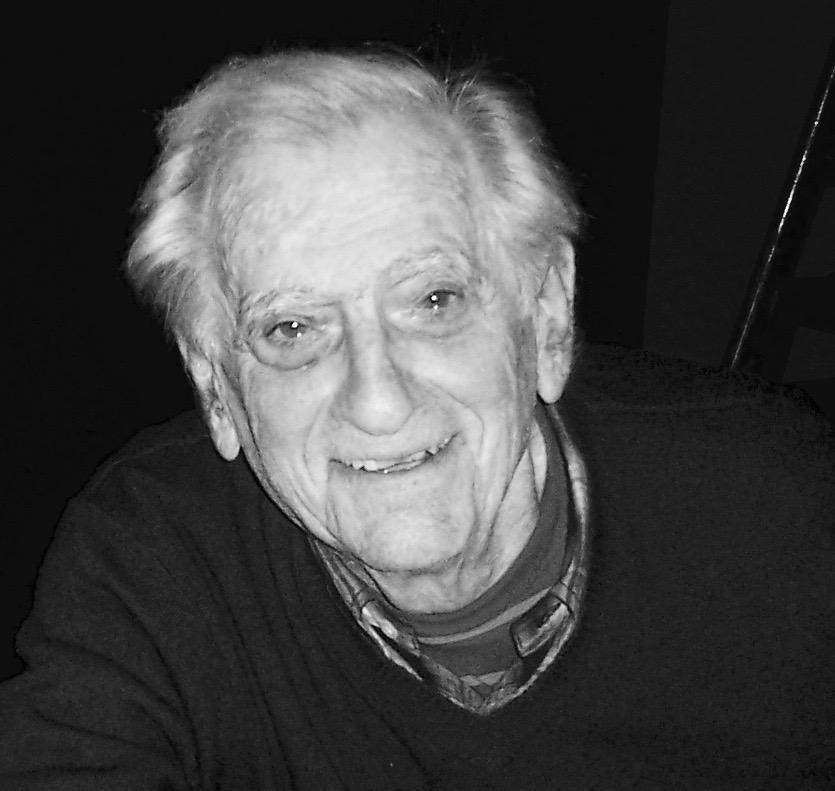 At his funeral this past Wednesday, his family and friends talked about how his formative years, living through the hell of the Holocaust, left an inedible mark on him; the drive that compelled him throughout his life to save as many lives as he could, to counteract the helplessness he felt as a young man in the face of so much death and destruction. And, at the same time, the preciousness of family was never lost on Dr. Berger, who was a fiercely loving presence in the lives of his family, for whom he would do “anything.”

As a healer, he was an attentive and enthusiastic advisor and consultant to countless friends and relatives undergoing medical crises, both large and small. But he was especially concerned with the welfare of his fellow survivors. Former Boston City Council President Mike Ross recalled how Dr. Berger offered his father a glass of milk when they both stayed at a residence for refugees in Dorchester, shortly after their arrival in Boston. His care and concern continued throughout his friendship with Stephan Ross, and the Ross family counted on him for their “first, second and third opinion.”

As a survivor, he was profoundly committed to social justice, a value which he integrated quietly and powerfully into his life’s work. He was not only a trailblazer in medical innovations, but was an early mentor of marginalized students and residents, training more African American and female doctors in cardiac surgery than any other programs in the country. He had a deep sense of loyalty and connection to Israel, the safe haven and homeland of the Jewish people. In 1973 when the Yom Kippur war broke out, he didn’t hesitate to fly to Israel, where he volunteered his surgical expertise to wounded IDF soldiers.

As a doctor and a survivor he would go on to challenge the validity of the science behind the grotesquely sadistic hypothermia experiments conducted by the Nazis.

You can read more about his work and his legacy in this Boston Globe obituary.

Robert Berger was 86. The youngest survivors of the Shoah are now in their mid-70’s. As the number of Holocaust survivors dwindles, we are in awe of not only the extraordinary resilience that enabled them to survive unimaginably nightmarish conditions, but also of the multiple, miraculous ways in which they’ve lived abundant and creative lives that have contributed so significantly to our world.

We are also privileged. We know that ours are the last generations who will hear their stories first-hand, and we are charged with the sacred responsibility of continuing their legacy.

This spring, we will gather as we do each year, to recall those who perished in the Holocaust and to pay tribute to the remarkable and inspirational survivors. I hope you will join us this year on Sunday May 1 at 10:30am for Boston’s community-wide Yom HaShoah Commemoration at Faneuil Hall.

May the memory of Dr. Robert Berger and all those survivors who we have lost this past year be for a blessing.